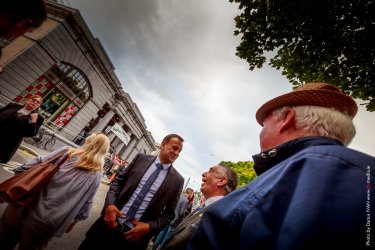 Taoiseach Leo Varadkar on the Pilgrimage at Galway Fleadh Tonight

In 13th century Ireland, a group of monks must escort a sacred relic across an Irish landscape fraught with peril. Tells the story of the Pilgrimage  released in Ireland today 13th July 2017 at 29th Galway Film Fleadh Prime minister Leo Varadkar Is at the premiere in Galway tonight to support his schoolmate, screenwriter of the newest Irish movie with budget estimated to €4,749,500 just few hours after he tells ‘Time’ Europe: ‘I want Ireland to be a light unto the world’ While Taoiseach hopes UK will change mind  The storyline of the Pilgrimage is bringing us to Ireland, 1209. An island on the edge of the world. A small group of monks begin […] 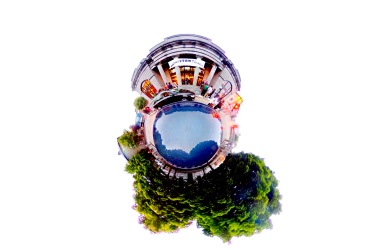 Day 2 of the 29th Galway Film Fleadh “Between being both a UNESCO City of Film and the destined European Capital of Culture in 2020, we felt more pressure than ever to deliver a programme to satisfy the cineaste audiences in Galway but I think we’ve put together something for everyone across the six days,” he said. O’ Brien is playing one of his personal favourites, Southland Tales, at this year’s festival and admonishes those of us who incorrectly critically maligned it the first time around. The underseen alt-history satire is playing, along with cult hit Donnie Darko, as writer/director Richard Kelly delivers a screenwriter’s masterclass. Also on hand will be […] 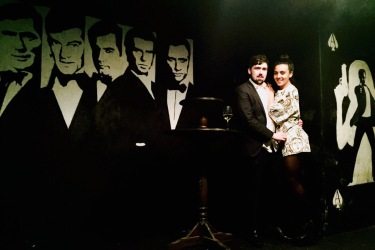 Zanzibar Films represented Ireland in Cannes this summer with their new short film ‘Arabella’. We met the team of creators in the 4Aces Casino in Galway on Friday night. Soraya and Lush, with fresh memories of Cannes, enjoyed the popular casino club atmosphere. Watch the Craic for more from their amazing film experience in the South of France.