Galway is becoming the Capital of Culture in Europe 2020 | For the ‘Craic’ we took an opportunity to talk to the strangers around Claddagh Quay and managed the spherical Vox-Pop ‘ARE YOU READY FOR GALWAY2020 CRAIC?’ Turning one autumn 2019 suny afternoon into the piece of my #VR360 videography reflecting the feelings of random voxpopers ready to face reality of the #Galway2020 #Craic…

Galway is just about to become capital of the Culture in Europe, starting with exciting programme in February 2020 https://youtu.be/XUmGXyrX2qI The Craic in Galway is here today, with some pictures of Galway in 2019, 2005 and good chance to be around again in 2021 photos.app.goo.gl/siihMHM8cDRTT4AQ8

‘You Ride That Horse So Well…’ busking Katie O’Connor

‘Ride On’ song by Christy Moore performed by Katie O’Connor busking in the Quay Street of Galway #Video360 is blending the spheres of Galway, the City of Tribes with the pictures of the water rescue team in action on the river Corrib #360Today between the O’Briens and Wolfe Tone bridges #Galway 2019 #Galway360 #360Today #TheCraic360

Orbital Picnic on the Salmon Weir of the River Corrib 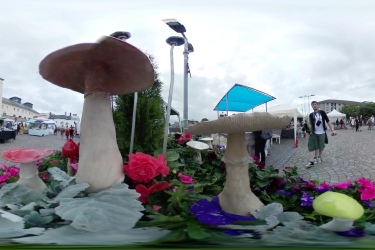 Irish Potters Landed on Spanish Arch Today for the First Weekend of #GalwayFringe2019 | Dive into the sphere of the ClayLand on the River Corrib, full 360 degrees around

The Loners on the Longwalk and Galway Fringe 2019 Craic

Loners at the Longwalk in #GalwayFringe2019, Depeche Mode Sound where everything counts in large amounts ‘So you’ve been to Bangkok, right? Tell me something about… The girls are apparently swimming in aquariums there… | Sure they really swim there naked… | And how much it cost there?’ – passage from the Czech movie Samotari ‘Loners’‘YOUR CARD IS DECLINED…’ taken on record from real life in the city of Culture and Craic… The #GalwayFringe2019 Festival is happening from 15th until 28th July right here in the city of tribes #Galway2020, bringing into town a hint of accessible art for reasonable prices and some FREE craic too! The Galway Fringe Festival is one […] 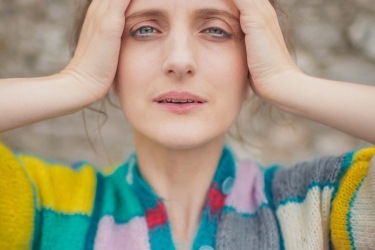 Sue Rynhart and Huw Warren 2019 Tour strolling to the Galway’s Black Gate Cultural Centre on July 26th. Vocalist Sue Rynhart has an extensive background in early music, classical, choral singing and improvisation, twinkling on an edgy blend of modern jazz and different sounds often pushing the music forward with her own unique vision of things. https://youtu.be/VRqXP_J8860 On Wednesday 26th July 8 pm Sue will be on the Black Gate stage accompanied by an award winning pianist, extraordinaire Huw Warren. About Sue Rynhart and Huw Warren: “Sue Rynhart is a trinity of impacts; she is an excellent vocal technician, a captivating singer and an accomplished songwriter and lyricist. With an extensive […]

[Live broadcast] You are invited to my broadcast.

What’s The Craic? GALWAY RACE WEEK 2019 Horses, Betting, Fashion, Buzz, call it the Craic in Galway 360, watch it in reports and live at https://thecraic.ie 2019 is showing all the potential to make the season of the Festivals, fashion, tourism, horses and craic, after the half year breakdown in Galway, the city of Tribes, world’s friendliest city and the European Capital of Culture 2020

June in Galway | in the World’s Friendliest City,.. Probably

What’s the Craic? Dive into the spheres of the craic captured on a beam of light in June in and around World’s Friendliest City of Galway | welcome on the end of the world Atlantic edge Join the craic 360 in the spheres of the Streets and on skirt of The City of Tribes where thousands of tourists from around the world are blending with Galweigians into the crowds enjoying the summer in 2020 Capital of the Culture in Europe #Gailimh2020

‘I was experiencing an absolute democracy and freedom when reading The Irish Times local election tally report on Sunday afternoon. I was sure, nothing could beat the 900 votes from the first counting…’ the records were replaced with the new ones after 6pm, and I would really like Pat Leahy to explain how such mistake may happen in the publishers workflow. It was one of the most powerful experiences in my life I have recorded during the Local Elections 2019 as running for the city council in Galway City West. Thank you guys who voted for me, I promise I will do my best from outside of the council… Thanks to […]

Dear Irish Times, you’ve made my day for an hour this afternoon when I have checked your results page of the elections in Galway City West as per screenshot from 16:38pm attached. All feeling of democracy and freedom was gone shortly after at 17:52 when you updated the results changing absolutely astrologically Paralysed, browsing through other results lists from around Ireland on IT trusted website I see the logic and f alphabetical order everywhere, very same as I remember it when Voting No.1 for Darius Ivan and 2 to Claire Keegan | I see the alphabetical order everywhere apart from the last update of the Galway City West poll where Cathal Ó Conchúir (Sinn Féin) […]

Alabama 3 star Jake Black who composed Sopranos theme tune did not wake up that morning of Tuesday 21st May 2019 | The Very Reverend Dr. D. Wayne Love showed me my photo direction more than 10 years ago in Loughrea I’ve found my own nightlife photography signature on Alabama 3’s concert in Loughrea | Thank you Jake Night of Sunday 14th December 2008 has made me who I have become after the concert of the Alabama 3 and forehand of the Irish Republic of Loose. I’ve got to cover a gig in the Loughrea Hotel and Spa where I have had just started my photo residency. That night I photographed […]

[Live broadcast] You are invited to my broadcast. 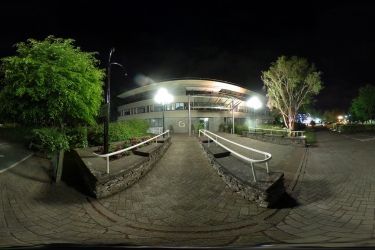 Elections 2019 in Ireland will on 24th May rearrange the power in local politics. 47 candidates is in the run for a chair in the Galway City Council 2019 – 2024. In two of the three electorates, Galway City East and Galway City Central is nominated 16 candidates to choose from while In the most populated Galway City West, with 18k potential votes, only 15 enthusiasts found their way to nomination | Galway is Going Global, Vote No.1 #DariusIvan In Galway city East and Central 16 enthusiasts passed the nominations while in the largest of the three electorates, Galway City West only 15 names appeared on the list of nominees See […]