Expect delays on the roads in the north county Galway with the total competitive mileage of 120 kilometers on country roads racing tracks during day plus flashing boy racers spinning around the city and flashing at night.

The Monaghan & Sons Galway Summer Rally will take place on the 18th and 19th August. The Galway Motor Club has appointed Aiden Connolly as Clerk of the Course. Aiden who is an experienced event organiser, and a regular rally competitor, has laid on a challenging route for competitors in north County Galway, and based around Tuam. Aidan has selected some stages not used for many years in addition to old favourites from more recent years events. The The total competitive mileage is 120 kilometers.

The Galway Motor Club organizing committee is indebted to the management and staff of Monaghan and Sons, Tuam Road, Galway, for their headline sponsorship. Their impressive garage and showroom premises will be used to accommodate both the rally launch and rally scrutineering. Galway Motor Club is indebted to the staff of Galway County and City Councils, An Garda Siochana, Motorsport Ireland, the Road Safety Authority, associate sponsors BlueBird Care, DHKN Chartered Accountants and GRP4 Fabrications, the 200 volunteer marshals and officials from all over Ireland, and most of all the residents along the route for their assistance with temporary road closures to ensure the safe running of the event.

Rally scrutineering will take place on Saturday 18th August. This will be a perfect opportunity to get up close to the cars and drivers prior to the high-speed action on Sunday. Pre-start parc ferme on Sunday 19th August will be at the Westlink Commercial Park, Oranmore, and that is where the event will finish that evening. The administrative headquarters for the event is the Clayton Hotel, Ballybrit.

The rally Service Park will be in the Airglooney Business Park, Tuam on Sunday 19th August, by kind permission. 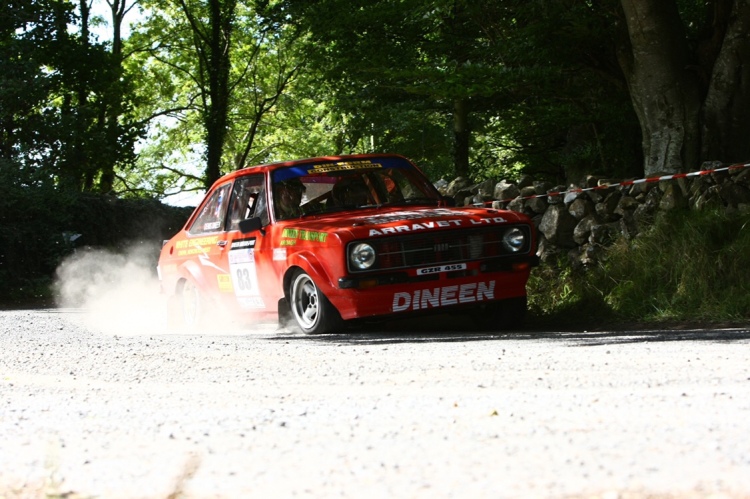 Aiden Connolly, Clerk of the Course, encourages fans travelling to the Rally to heed the message from the organisers to ‘Keep the Race in its Place’, to slow down, never drink and drive and to always wear a seatbelt. All spectators on the closed road stages must obey the Marshals at all times, as they will be implementing a comprehensive Safety Plan. A traffic management plan has been put in place with the support of An Garda Siochana.

In order to facilitate the safe running of the event there will be temporary road closures on certain roads in north County Galway on Sunday 19th August. All road closures will be clearly sign posted and marshalled. All residents have been informed of the times and road closure arrangements and the details have been advertised by Galway County Council. Detailed Maps and time schedules will be available from the Official Rally Programme which will be available closer the event. A list of outlets will be published on the Galway Motor Club Facebook page.

The rally is the fourth counting round of both the TopPart West Coast Championship and the Sligo Pallets Border Championships. The event will include an Historic Rally and a Junior Rally and an entry of 100 teams is expected. The winners of the 2017 Galway Summer Rally was former National Rally Champion Peadar Hurson, from Warrenpoint, with Monaghan Co-driver Damian Connolly, driving their Fiesta WRC. The Conroy Cup for the best Galway Motor Club Crew was won by Tom Flaherty from Circular Road, co driven by Martin Flynn, in their Escort Mk2.

Members of Galway Motor Club taking part in the event will be seeking to put their name on the prestigious Conroy Cup.

2018 will be the first year of the new special perpetual awards for the “Fastest Mk2 Finished” in each of the following Classes 9,10,11,12,13 & 14 along with the Overall King of the Mk2 award for to the first Mk2 Crew home. All these awards are kindly sponsored by GRP4 Fabrications.