Unique and mystical Theatre ‘U Mosta’ from Russia for the first time in Ireland! 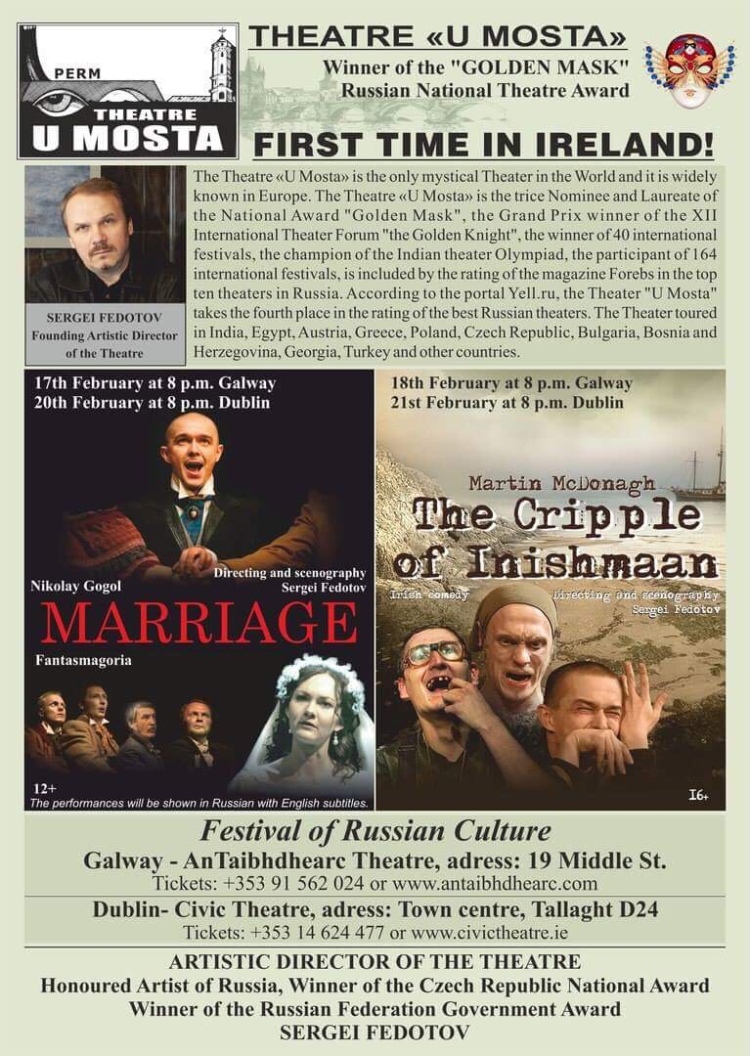 Theatre „U Mosta“ is widely known in Europe. It is the only mystic theatre in the world, it is a three times Nominee and the Winner of the „Golden Mask“ National Theatre Award, the winner of 40 Grand-Prix of foreign festivals, the Champion of the Theatre Olympics in India, the participant of 164 international festivals and, finally, the Theatre „U Mosta“ is one of the Russia’s top ten theatres according to the Forbes rating.

The director and set designer of the performances is SERGEI FEDOTOV, who is also the founder and the artistic director of the Theatre „U Mosta“, the Honoured artist of Russia, the winner of the Czech Republic National award, the winner of the Russian Federation Government award and the Golden Mask National Theatre award Winner.

Theatre „U Mosta“ is the Authorial Theatre. It preserves and continues the best traditions of Russian psychological theatre and combines the ideas of repertory theatre and theatre-lab. The exclusivity of Sergei Fedotov’s artistic method is that it aims to develop the traditions of great Russian psychological theatre that is enriched by the discoveries of Mikhail Chekhov’s and Jerzy Grotowski’s schools.

Both performances will be shown in Russian with English subtitles